A new survey on debt among buy-to-let owners, carried out and released by the Irish Property Owners Association (IPOA,) has shed an important light on the mortgage arrears position of buy-to-let properties.

The survey covered a random selection of 491 buy-to-let properties which had overall debt attaching of €164.1 million, 58% of which was owed to the two main banks in Ireland, Bank of Ireland and AIB.  It also showed that 30% of the properties had over 12 months arrears, while 70% were in arrears for less than one year.

Commenting on the results, Stephen Faughnan, IPOA Chairman, said that the figures “gave the lie to the notion that landlords were immune to the recession”.  He said that 57% of respondents indicated they were in negative equity with their buy-to-lets, and went on to strongly rebut suggestions that the other 43% were all in good shape, as negative equity only comes in to play when selling or refinancing.  “Positive equity in a property does not always mean that the garden is rosy”, he said.

“Loans, services, unfair taxes and maintenance have to be paid. Undoubtedly, there are some landlords who are better able to weather the recession, but they are few and far between.  Some 74% of landlords have just one buy-to-let, and a further 24% have between two and ten properties. Landlords are hurting, just like other householders, and many of them went into the rental business during the boom years to supplement their future pensions, an idea heavily promoted by the Government and the banks.”

The IPOA survey also showed that the four most aggressive banks in cases of mortgage arrears are Bank of Ireland at 47% of respondents, AIB at 27%, and PTSB and KBC at 13% each.  He said he would like to think that the huge gap between AIB and BOI was due to the State shareholding being 100% in AIB, and some 15% in BOI, but the Government’s position of “standing aloof” from the activities of the bank “destroyed that thought”.  “The so called Relationship Framework which the Government has with the banks in which it holds a stake on behalf of the people is a hindrance to effective debt resolution,” he said.

He went on to criticise some commentators and politicians, describing them as “openly anti-landlord”, who ignored the fact that some one-third of the population make their homes in rented property.  “Unfair tax on rental income only fosters increased rents, and in many cases, tax is required to be paid on an actual loss.”  This arises when normal business deductions, particularly interest on borrowings, cannot be fully offset against tax on rental income.  He said the new Local Property Tax (LPT) is “another classic example” which cannot currently be offset against rental income “despite the Minister for Finance accepting that it is a legitimate expense in the business of letting property.”

“Mr. Noonan has said that the LPT will be allowed against tax sometime in the future, but has refused repeated parliamentary requests for a time span,” said Mr. Faughnan. “He continues to sit on the fence in the manner of asking God to make you a better person, but not just yet. It is nothing short of an assault by taxation, a taxsault, on those who are providing good quality rental accommodation at a time when the State should be looking at landlords as partners in the provision of homes. It is a dangerous sleight of hand and does nothing to ease the burden for both landlords and renters.”

He said the LPT should be payable by those who use the local services, rather than the landlord, and if that was done, there would be no need for a tax deduction. “Instead, while Mr. Noonan sits on the fence, it is understandable that landlords will inevitably pass on the cost to tenants by way of either increased rent or a supplementary payment.”

"This index takes the speculation and surmise out of renting," commented Ann Marie Caulfield, the Director of the PRTB.
"All our data is based on actual rents being paid for private accommodation right across the country, and this is very valuable information for all stakeholders concerned," she added

Unlike other rent reports the index is based on actual rents paid for rental properties as opposed to asking rents.


The report was compiled by the ESRI and the data is based on the PRTB's register of tenancies.


This was due to a weakening of apartment rents in Dublin, which declined by 3.9%.


Outside Dublin rents grew by 1.7%, having fallen in the fourth quarter of 2012.


It is intended to publish the report on a quarterly basis. (Source Irish Landlord and RTÉ  News )

Posted by Philip Suter at 23:21 No comments: 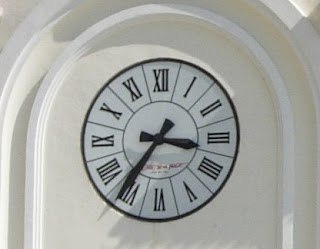 If you are taking a break over the holiday weekend, don't forget your Travel Insurance or your Car hire excess insurance. Find a great choice of products being advertised Here. There is even holiday home and second property insurance as well.

Have a good bank holiday weekend.
Posted by Philip Suter at 14:53 No comments: