Christmas day is over, St Stephens day is here and pubs and restaurants will soon be open again. Many people will be off on their "warm winter holidays" or taking a skiing holiday. 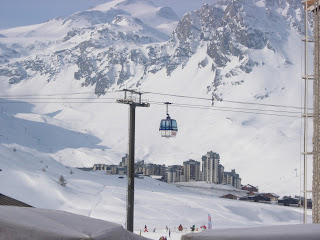 At the Irish Property Insurance.com + site there is a great deal of choice of insurance comoany advertisers offering Trave Insurance and Car Hire Excess Insurance.

If you are planning more than one holiday in 2013 why not take out an annual travel or car hire excess insurance policy?

To find out more pay a visit to the site here

By the way if you own a holiday home property and are looking for a policy written in English, then the Irish Property Insurance.com site is the place to go to.
Posted by Philip Suter at 03:37 No comments:

Greetings for the Christmas season from Irish Property Insurance 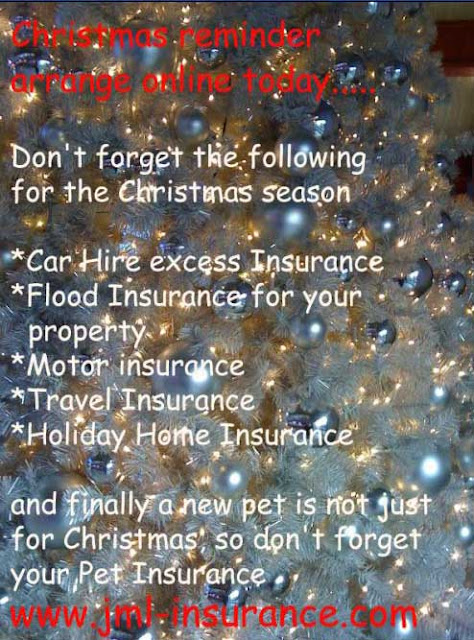 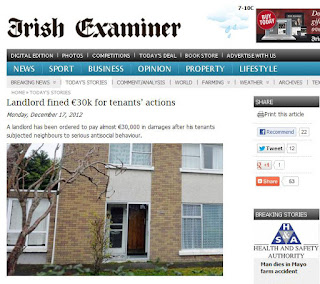 The Irish Examiner today has reported on the case of a West Cork landlord who has been ordered to pay almost €30,000 in damages after his tenants subjected neighbours to serious antisocial behaviour.

According to the report, "A group of 13 residents took two cases to the PRTB (Private Residential Tenancy Board) earlier this year in relation to antisocial behaviour linked to the tenants of two properties in Bishopscourt Drive, owned by West Cork-based landlord Flor Harrington"

"The award,that is one of the highest of its kind by the Private Residential Tenancies Board, has serious implications for landlords". Read the full aricle Here
Posted by Philip Suter at 07:21 No comments:

Christmas FM back on the air again 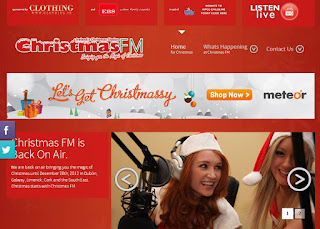 Once again Christmas FM is back again. If you are wanting to find a radio station only playing Christmas music up until the 26th December this is the one for you.

Not in Ireland or cannot pick up a signal from one of the above listen live worldwide on the net at http://radio.securenetsystems.net/v4/index.cfm?stationCallSign=XMASFM (you can pick up the link also at the top right corner at "Lsten Live" at the Christmas FM website - http://www.christmasfm.com/

Every year Christmas FM chooses a charity partner to work with in order to raise awareness and funds. This year they are delighted to be working with ISPCC / Childline. According to their website at the 12th December they had raised €10525 from a €100000 target.

If you want to make a donation you can follow a link to the  ISPCC website https://www.ispcc.ie/donate-now/christmas-fm-2012-donation/2367

Christmas FM is run by volunteers and comes from Dublin, Ireland, We wish great success with its 2012 charity fundrasising for the The Irish Society for the Prevention of Cruelty to Children (ISPCC) is Ireland’s oldest and most well-known children’s charity.
Posted by Philip Suter at 04:33 No comments:

The Irish Insurance Federation (IIF) issued a press release last Wednesday 5th December  saying that it broadly welcomed Minister Noonan’s announcement to limit incentives for retirement savings to €60,000 pension p.a. The Federation looks forward to participating in the consultation process around the implementation at a technical level.

Over recent years there have been reductions in the level of pension tax reliefs generally, as well as the introduction of the pensions levy, and IIF’s preference would be that no further reductions would be made. However IIF acknowledges that Government must achieve further savings and that every sector   must make a contribution.  In this context IIF is of the view that the Minister’s proposal achieves fairness as between low, middle and high earners and the private and public sectors.

The Minister’s statement today brings certainty to pensions funding generally which will help consumers in making key financial decisions about their future. We particularly welcome the Minister’s commitment that the pensions levy will not be extended beyond the current four year period.

Source: The Irish Insurance Federation (IIF) which is the representative body for insurance companies in .  This includes insurers serving both the domestic market and writing business in overseas markets from a base in . Their member companies employ over 14,000 people.
Posted by Philip Suter at 06:43 No comments:

Local Property Tax not so good for landlords in Ireland

The Minister for Finance, Michael Noonan has presented the budget this week. Headline in the Irish Times read "Sixth austerity budget to hit almost every adult in the state."

"The new local property tax will certainly hit landlords as far as I can see. It will commence with effect from 1st July 2013, for the second half of the year.

It will be collected by the Revenue Commissioners.

Owners of residential properties including rental properties, will be responsible for the payment of the tax" according to Mr Noonan's statement.

It looks like the property owner will pay per year an amount based on the value of the home. It will be interestiting to know how properties will be value in the leadup to the introduction of this tax.

At present the owner / landlord of a rental property pays the €100 household charge plus the €200 NPR charge. Landlords do not appear to get tax relief on these property taxes which they have to pay and not their tenants.So does it mean the same rules will apply.

This is really not good news for landlords in Ireland.

In England for example a tenant is responsible for paying the property tax called Council Tax. In the event of a landlord paying this then the landlord will be able to offest this against rental income on the profit and loss for the rental.

It looks like a couple renting a house will be slightly better off than one buying one, however if the landlord is going to have to pay the property tax without any tax relief then surely when there is a rent review or the property out on the rental market, the actual rent will have to higher to cover the landlord's additional costs.
Posted by Philip Suter at 08:12 No comments: