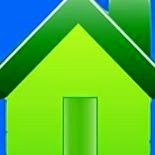 What do you think?"  Go to their FACEBOOK page to ad your comment
Another important point highlighted was that of Fire Safety - Increased inspections - As highlighted recently by the Sunday Business Post a significant number of rental properties are failing to meet the required fire safety standards.

With inspections on the increase and fines of €5,000 now is the time to ensure that your property is compliant.
Training Course

Rents on the increase in Ireland

Posted by Philip Suter at 10:00 No comments: